My little boy turned three and we did a little celebration in school with this home-made Angry Birds themed cake. I really felt the stress of baking for an entire childcare centre of 50. Things which could go wrong did go wrong. I baked a red velvet cake but after it was stored in the refrigerator, it ended up tasting funny, likely to be caused by the red colouring? That went into the dustbin and I scrambled at midnight to bake a simple sponge cake. I’m really not the best at frosting and fondant and am just so glad that it did not turn out too badly. Most importantly, he loved it and his friends finished up the entire cake. I was so glad I did something special for him – this is the first time I am making a boy’s theme birthday as I have only been making princess cakes for his two sisters.  There is no recipe to post as this was done using the same sponge cake in my previous rainbow birthday cake posting, so I’ll just let the photos do the talking.


Where has time gone? My youngest baby is turning 3! 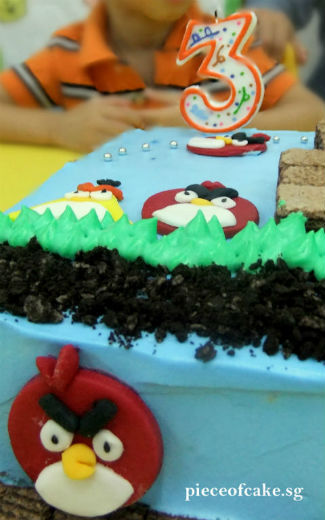 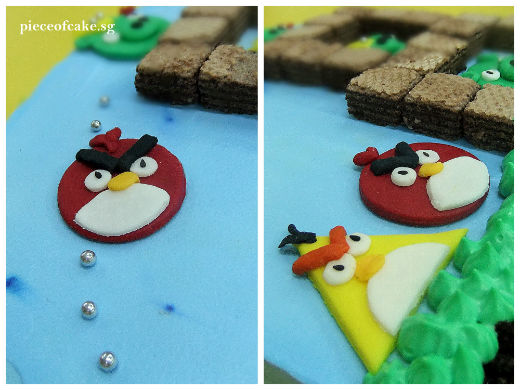 Pigs sitting on wooden structures built out of Loackers biscuits. 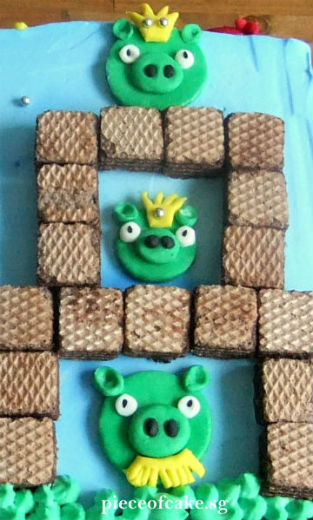 Side view of the cake. 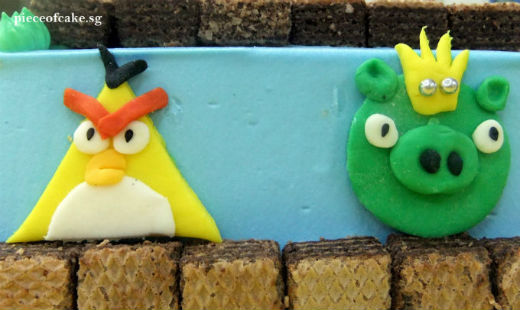 Wish I had more space on the cake to do up the entire Angry Birds scene including the bird launcher, but that would mean I’d have to do an even bigger cake. This was the best I could do with the frosting, there is definitely room for improvement. 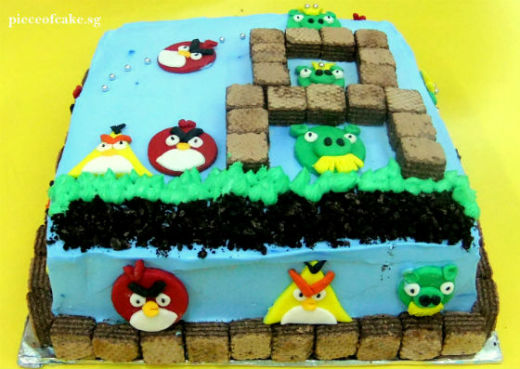 A basic sponge cake sandwiched with loads of non-diary whipping cream and oreo crumbs. This was the last slice which I managed to photograph just before it went into the tummies of the kids! 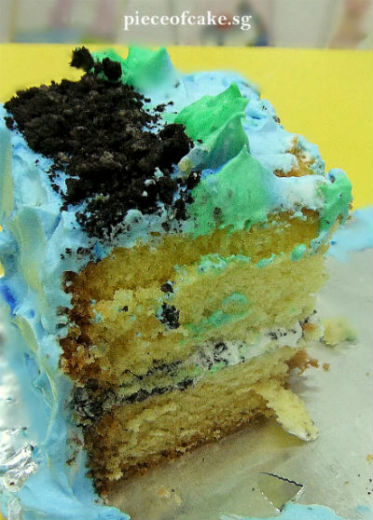