I grew up eating egg tarts from Chinese dim sum restaurant and bakeries but did not know these were such popular snacks and even listed on the World’s 50 most delicious foods compiled by CNN Go in 2011. The egg tarts’ first recorded appearance were on the “Manchu-Han Imperial Feast” (满汉全席 Mǎn Hàn Quán Xí) - a lavish banquet for Emperor Kangxi which went on for days. They were featured as one of 32 delicacies. 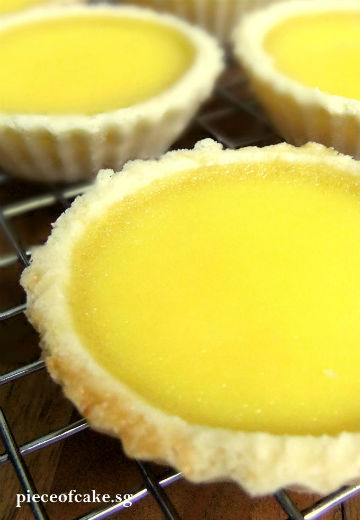 Though egg tarts are more common in Asia, the best I have eaten were from a Chinese bakery tucked away in a back lane of San Francisco. Those egg tarts were so well known that there was always a long queue for it. Though it has been decades since, the buttery pastry and smooth egg custard left such an impression that whenever I feel like egg tarts, those were the ones I think of!
For a while, everyone in a particular baking group I follow seemed to be making egg tarts which made me crave for them again. I have always thought it was rather difficult to make and was surprised how easy it was. My first attempt did not turn out too badly though I think they could be more browned. I might increase the temperature of the oven a little towards the end of the bake when I make these again. 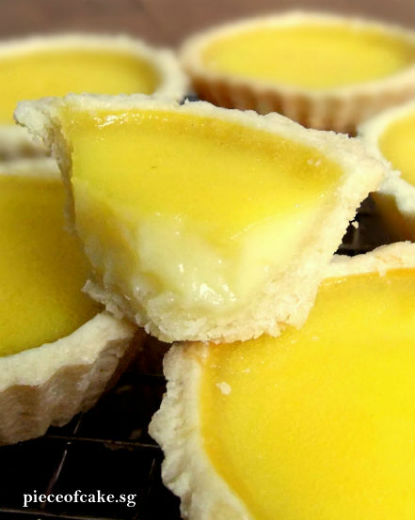 The pastry shell for egg tarts can either be a shortcrust (crumbly biscuit-like) or in a flaky, puff pastry-like layer form (the more well-known version).  Whichever the version, the pleasure of eating an egg tart is undoubtedly biting into a crumbly outer shell filled with silky smooth egg custard. Egg tarts, anyone?
Egg Tarts (makes 38-40 tarts)
Recipe from Munch Ministry
Short Crust Pastry

Note : Prepare the egg custard first before the dough.
How to mould the pastry:
1. Place a ball of dough into the mould. I use 25 g of dough for each mould (6 cm across).
2. Press the dough with your thumb to spread it out all over the mould.
3. Make sure that the tart base is not too thick and some of the dough should spill over the edge of the mould.
4. Trim the excess dough off using a sharp knife. 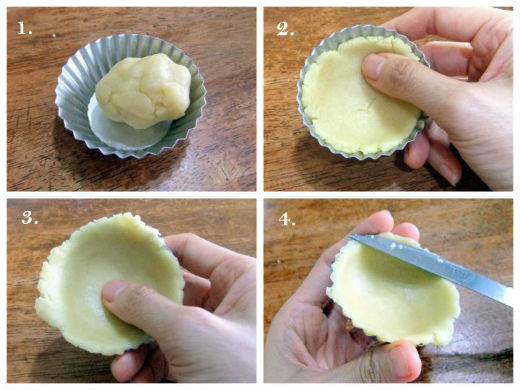 The history of egg tarts is extracted from World of Chinese.
###
Posted by Unknown at 14:33