Doraemon is a Japanese manga series created by Fujiko F. Fujio which later became an anime series and an Asian franchise. The series is about an intelligent robotic cat named Doraemon (Or Xiao Ding Dang in Chinese), who travels back in time from the 22nd century
to aid a pre-teen boy. 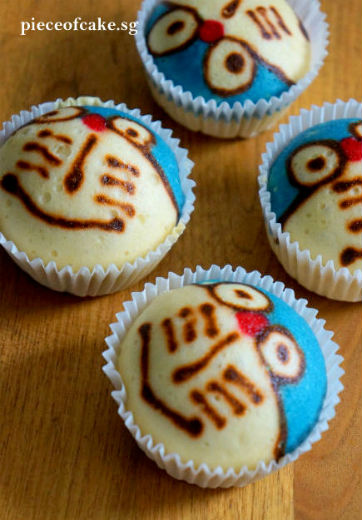 I remember how popular this series was while I was growing up in the eighties. I actually thought that Doraemon was no longer that popular and was completely surprised that my kids knew who this character is when I made these cupcakes! 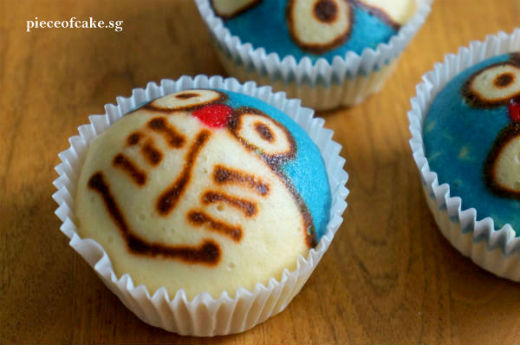 These cupcakes were much harder to do than the ladybug ones in my earlier post because it required more control and precision in piping out the details of the eyes, nose, whiskers and mouth. I didn’t think my Doraemon cupcakes captured the character’s cheeky expression. Although its not much to rave about, I thought I’d share it anyway and hope that anyone else who tries it will do a much better job of capturing Doraemon’s adorable expression 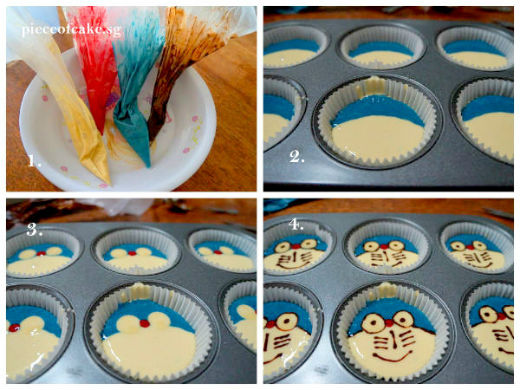