I grew up eating sugar-coated donuts (either small round ones or in the shape of a ring) from the neighbourhood bakery shops. As a little girl, these were such a treat - soft and fluffy deep fried dough dunked in lots of sugar! Later on, we had many chain stores such as Dunkin Donuts selling assorted donuts in many different flavours and fillings. But I think the traditional ones I grew up with are still the best. 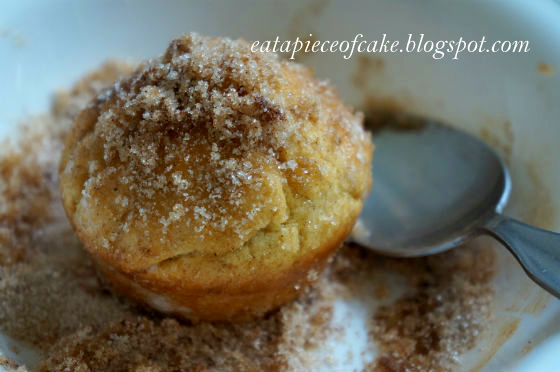 I was intrigued by this Cinnamon Sugar Donut Muffins recipe as it reminds me of those donuts I grew up loving except that it's baked and not deep fried - which hopefully means its healthier and I can eat a few more :) 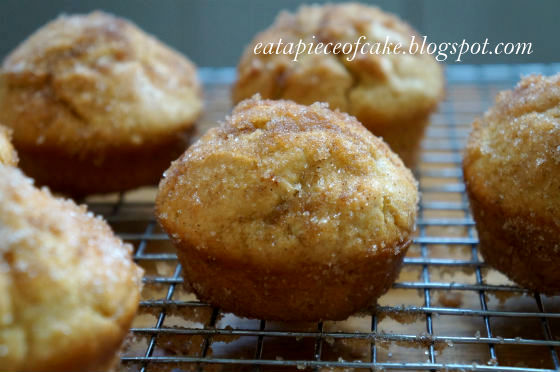 The texture of these donuts are not exactly like the traditional ones which is more bread-like. These ones are more cake like and they actually remind me of scones. Nonetheless, they are very delicious - soft, crumbly and carries a hint of nutmeg and cinnamon which makes each bite extremely aromatic. 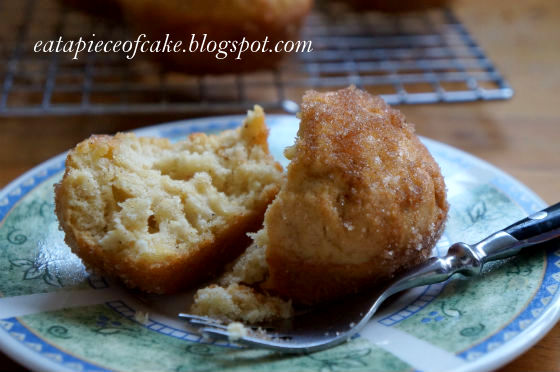 These donuts muffins are then coated with melted butter, and cinnamon sugar. The muffins on its own can be rather plain, but is fully transformed after coating into a delicious and addictive bake. My daughter kept asking for them and they were gone in no time. I halved the amount of sugar in the donut muffins so they are not sweet. But after they are coated with sugar, they are just nice. 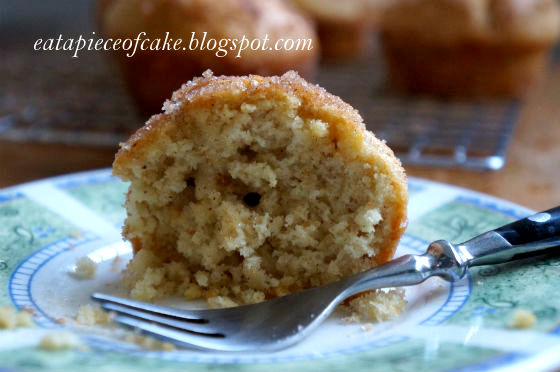 Recipe adapted from The Back in the Day Bakery Cookbook by Cheryl and Griffith Day and posted by Tasty Kitchen found here.

For the muffins:
1. Preheat oven to 350ºF (175ºC). Lightly spray 12 large muffin cups (I made 14 muffins)
2. Mix together the flour, baking soda, baking powder, salt, nutmeg, and cardamom (or cinnamon). In a medium bowl, combine milk and buttermilk.
3. In a large bowl, using a handheld mixer on medium speed, cream the butter. Turn the speed to low and gradually add the sugar. Mix until mixture lightens in color. Add the eggs, one at a time, beating until just combined. Add the dry ingredients in thirds, alternating with the milk mixture, mixing just until smooth; do not overmix.
4. With a large ice cream scoop or spoon, scoop the batter into the prepared muffin cups, filling them approximately 2/3 full. Bake for 20-25 minutes, until the tops are firm to the touch and lightly golden,.

I am submitting this to Bake-Along hosted by Joyce of Kitchen Flavours, Lena of Her Frozen Wings and Zoe of Bake for Happy Kids