I don't normally buy Kaya - as much as it is delicious, it isn't quite healthy. My daughter has been asking for Kaya so I made this pumpkin version, which contains the goodness of pumpkins and does not have any eggs. 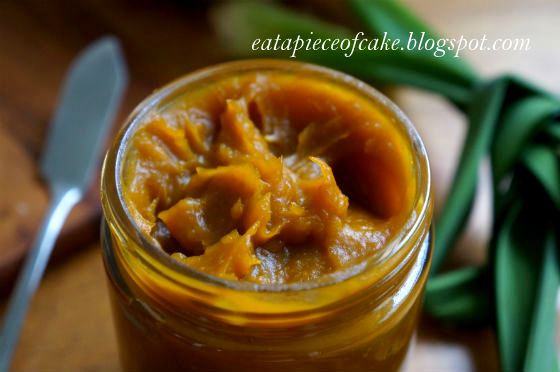 Kaya is really easy to make - with kitchen gadgets such as a blender to turn the pumpkin into a fine puree. One can also use the mash pumpkin with fork method but that will take more effort. A slow cooker also really helps as this Kaya needs to be cooked for about 3 hours. An alternative is to cook it over the stove on a double boiler which is pretty tiring as you'll have to keep stirring. It also tends to burn more easily and dry up when double boiled on the stove.

I've seen a few Pumpkin Kaya recipes which says you can cook it over the Kaya directly on the stove for about 15-20 minutes. According to Wendy of A Table for 2, if the Kaya that isn't cooked long enough would not store well and needs to be finished over a few days. Wendy's slow cooked Kaya was still good at week six and mine was fine after three weeks (I had finished it by then). 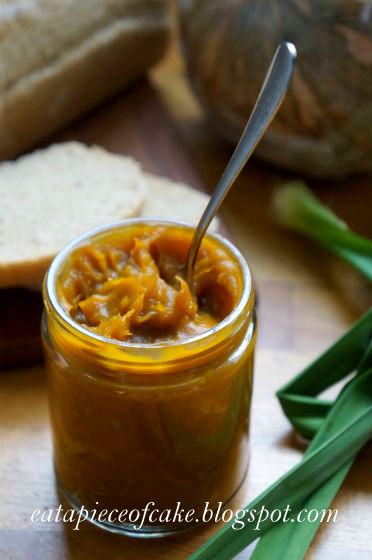 This rich and thick Pumpkin Kaya is sweet and creamy, and goes great on a slice of soft white bread. 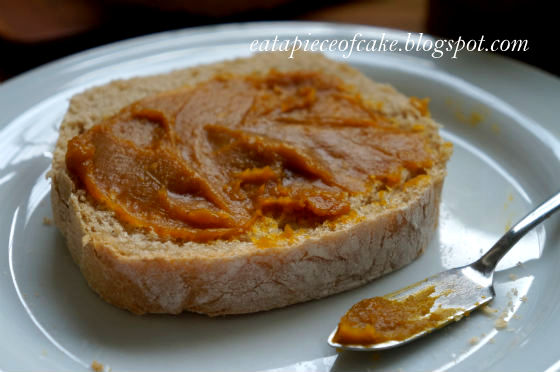 Ingredients
Method
This post is linked to the event, Little Thumbs up organised by Doreen from my little favourite DIY and Zoe of Bake for Happy Kids, hosted by Joceline from Butter. Flour and Me, at this post.