I've always loved using fruits such as apples, pears and peaches in my cakes as they bake so beautifully and are so moist and soft after baking. 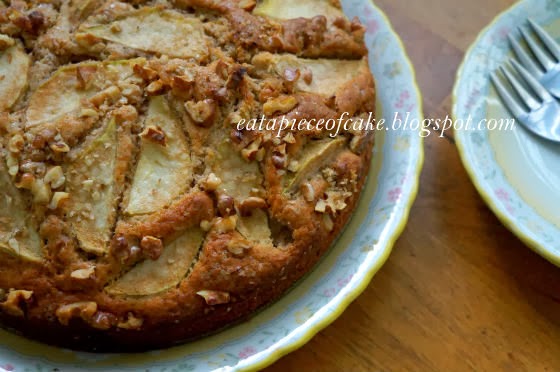 I saw this Bill Granger Pear and Cinnamon Cake featured on UK's online Independent newspaper and Bill said that this is a variation on his wife's simple cinnamon cake, with the addition of fruit and brown sugar to make it more wintery than the original. 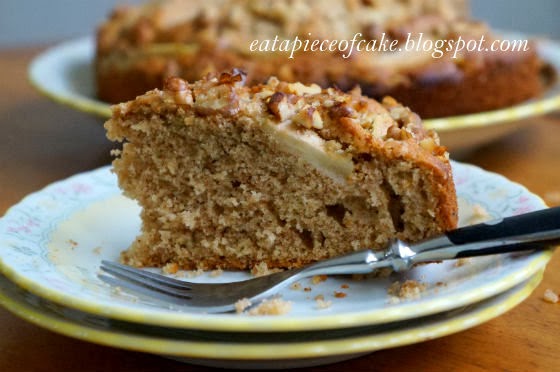 A soft butter cake scented with cinnamon baked topped with pears and walnuts makes a delicious tea time treat. I love the combination of flavours so much that I've made this cake twice. The best part about it is that it doesn't use that much butter so you won't feel so bad eating an extra slice or two. Best served warm and perhaps with some ice cream, if you like! 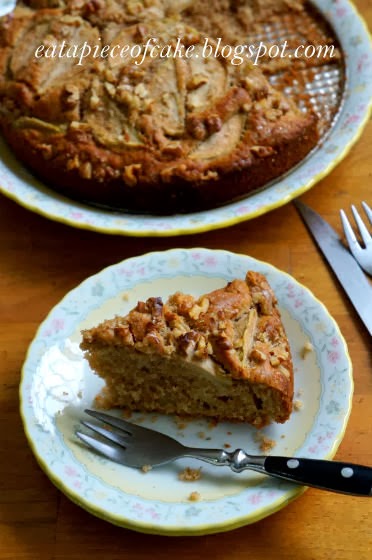 Ingredients
Method
This is for Cook Like A Star hosted by Zoe of Bake for Happy Kids, Baby Sumo of Eat Your Heart Out and Mich of Piece of Cake.
Posted by Unknown at 13:39