Biting into a moist, rich and grue-y brownie is such a comforting thing. There are days I simply need brownies to shoo away stress of housework! 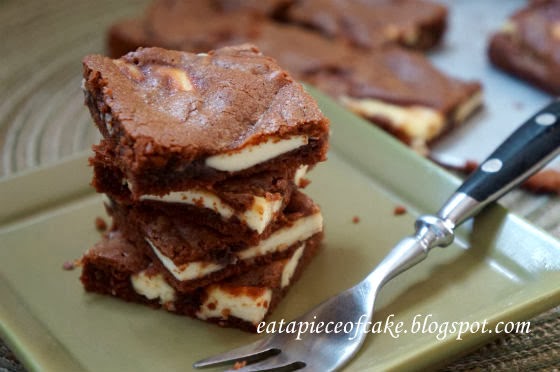 These rich and moist cream cheese brownies did just that for me... I only made half the recipe and immediately regretted it as it was demolished in no time. The brownie layer was really good, though I thought there was too much cream cheese. 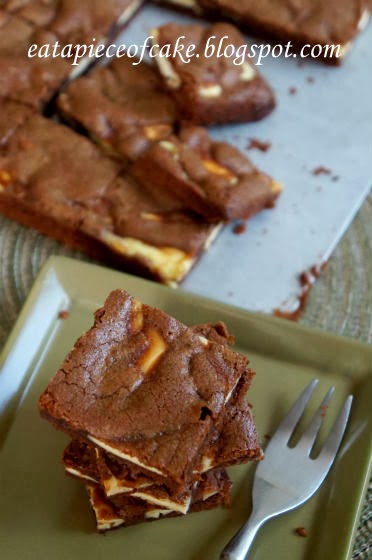 The next time I do this, I'll halve the cream cheese so that I have more of a chocolate-y later. It would also be better to bake this in a smaller tray so that I'll have a thicker brownie to bite into. 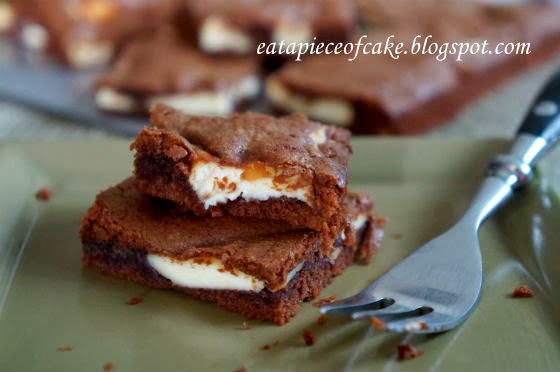 Note: If I were to make this again, I would bake this in a 8 inch square tray (increase baking time by about extra 5 minutes) with half the amount of cream cheese as I prefer a thicker brownie with more chocolate part than cream cheese.

This is for Cook Like A Star hosted by Joyce of Kitchen Flavours, Zoe of Bake for Happy Kids and Mich of Piece of Cake. 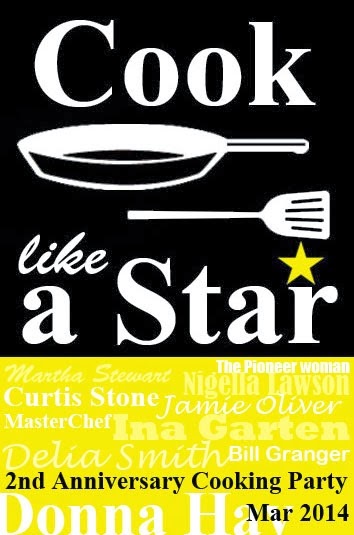 This post is for Bake Along #58, an event organised by Joyce from Kitchen Flavours, Lena from Frozen Wings and Zoe from Bake For Happy Kids.